It’s often blithely said that if you can remember the 1960’s then you probably weren’t there. Quite frankly, I have frequently found myself misplacing memories in the wrong sector of the time-space continuum, and it’s not a recent thing either. It’s gotten to the point where the most reliable touchstones for a particular era are re-runs of the Old Grey Whistle Test on BBC Four.

The ten-year time frame is, these days, strictly a thing of the past. Or at least, that’s how it seems to me. The decade, once the chosen measure of human progress and/or reversal throughout the twentieth century appears almost as obsolete as the Egyptian cubit. Now, we only revisit time periods, clearly demarcated by big hair and noisy music, when we are misunderstanding How We Used To Live.

It’s true that the potted decade, in books, on television and in films contributed to the notion that era-specific histories stopped with every year ending in a nine. The next decade sprung anew at exactly midnight on January the First of the following year. Similarly, sporting events, cultural trends, clothes and manners conveniently chimed with and/or against political events and provocative speechifying.

Yet, there seemed to be something significant about the end of each decade. It felt like a double Hogmanay, or an Armistice. Each new, Year Zero, whether it was 1920 or 1970, seemed like a clock reset, after which we had ample opportunity to right the wrongs of the previous ten years. Maybe we’d finally see an end to the misadventures of the superpowers, or maybe the Osmonds would split up. We’d toast the new decade and hope for a sensible president in the White House, or Alice Cooper on Top of the Pops. 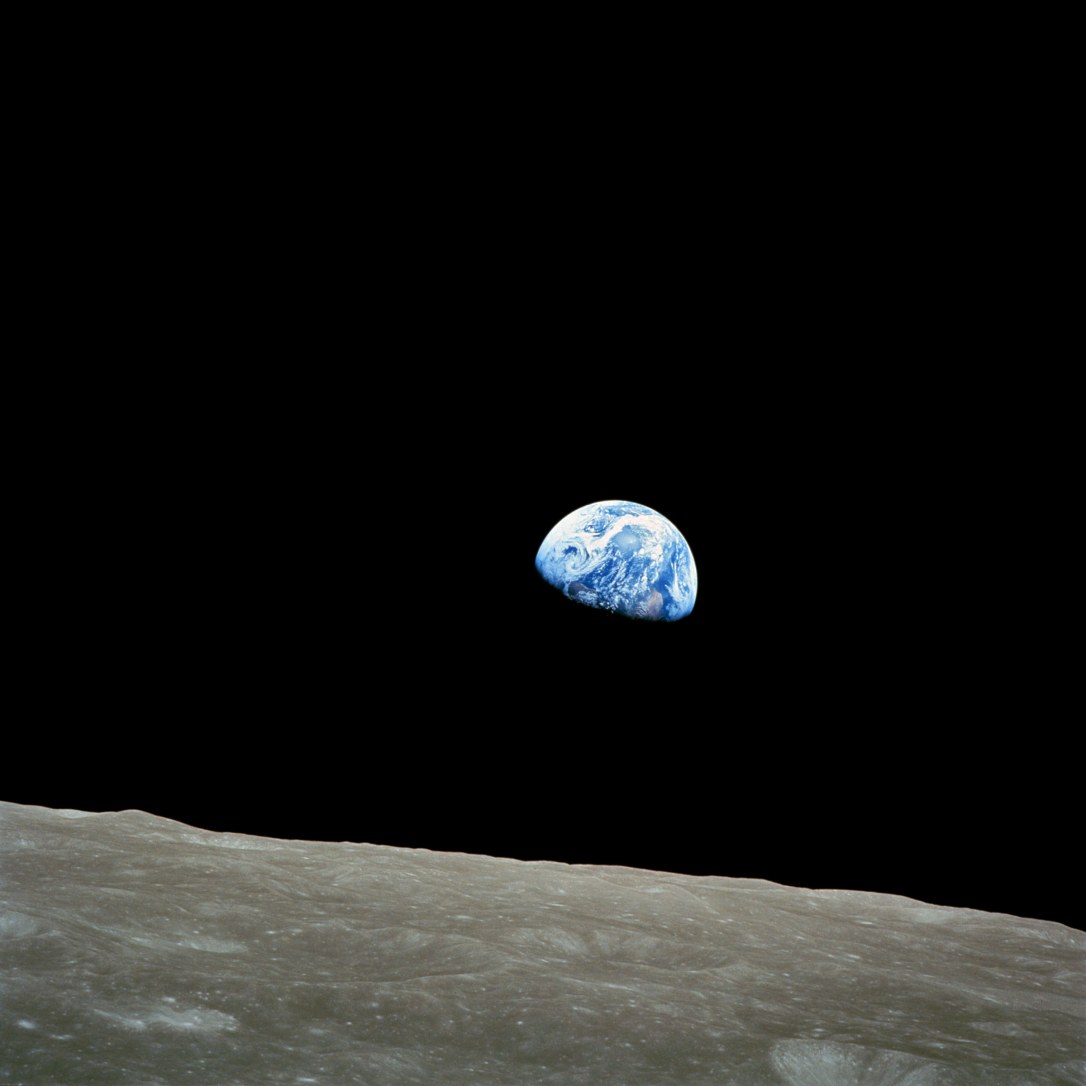 It appears, however, that ever since the turn of the millennium, the distinctions between the current decades and previous ones have withered into an unruly tangle of mis-remembered events and quasi-historical abstracts. The only thing noticeable about the transition from 2009 to 2010 was that it went unnoticed. I’d like to blame Wikipedia or You Tube for this sorry state of affairs, but the root causes are closer to home.

It seems to me, undeniable, that, as a species, we have embraced accelerated disruption, even though it is not at all in our best interest. Other species are capable of influencing their environments, some quite rapidly and to the short-term detriment of their surroundings. There are none that I can think of, other than ourselves, that knowingly destroys its own habitat so voraciously and absolutely for the benefit of mere short-term gain.

More importantly, we have evidently stopped periodically pausing to take stock of our shortcomings and look in the mirror. A ten-year audit isn’t such a bad thing, even if that appraisal exposes a shocking lack of progress in terms of responsible stewardship of our island Earth.

Similarly, we are embracing hyper-fast, technological change as though our lives depended upon it, even though it’s a deadly embrace, fraught with risks and dangers. In fact, our lives depend upon not embracing rapid change with a naivety that is not the slightest bit endearing. We have been here before, having delivered desertification to our descendants and placed the atom bomb under the beds of our children.

There is no shortage of semi-detached observation about a range of contemporary issues, coloured by a myriad dubious versions of recent past events. Yet, these issues are the same ones that exercised the mind from the end of the Second World War onwards, and they chronicled the struggle between conflicting ideologies. Sometimes, it’s merely a war of words. More often it’s simply a war. Still, we haven’t lost our voices when it comes to self-righteous cant and hypocrisy.

Perhaps the biggest single difference between the ten decades of the 20th Century and the first twenty years of this one is the absence of pithy commentary from the sidelines of popular culture. The artifice of an historical continuum divided neatly into thick, ten-year slices, used to come buttered on both sides with a soundtracked movie, and an easy-reader book of pearly wisdoms, often written by first-hand witnesses.

Even photography was a matter of life and death, and it had to be up close and extremely personal. The Sunday Times Magazine pushed Don McCullin’s war pictures into your face while the others sought to sear the memory with images of the summary execution of a Viet Cong officer, or Dr. King lying in state in Memphis.

Today, there is a constant stream of such gut-wrenching imagery on Twitter that is much more graphic, but it lacks the context of collective outrage from a fragmented world media. Once upon a time, we could say ‘the whole world’s watching’ and it meant something. The reporters are still doing their jobs, but the world is looking away.

The difference between then and now is that event-led reportage (as opposed to the current news-churn) made it possible for television, newspapers and magazines to build upon the existing foundations of journalistic sophistry, namely drama and sensationalism. The sense that anything could happen at any moment in a highly volatile world turned every political gesture, every military manoeuvre and every assassination into a potential catalyst for far-reaching, global change.

More disturbingly, this backward gaze from the present into the past, juxtaposing footage of war crimes with rock music, intertwines terror and teenyboppers with horrifying alacrity. We looked back in horror, but we wore rock ‘n’ roll-tinted glasses. Perhaps human history is such a bitter pill it can only be swallowed with a sweetener and absorbed into the system in ten-year intervals. 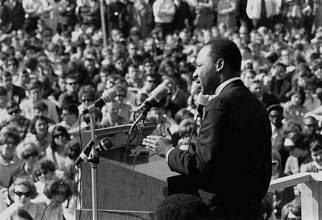 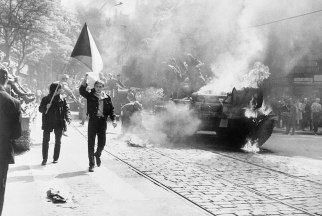 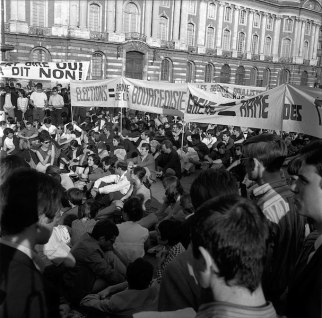 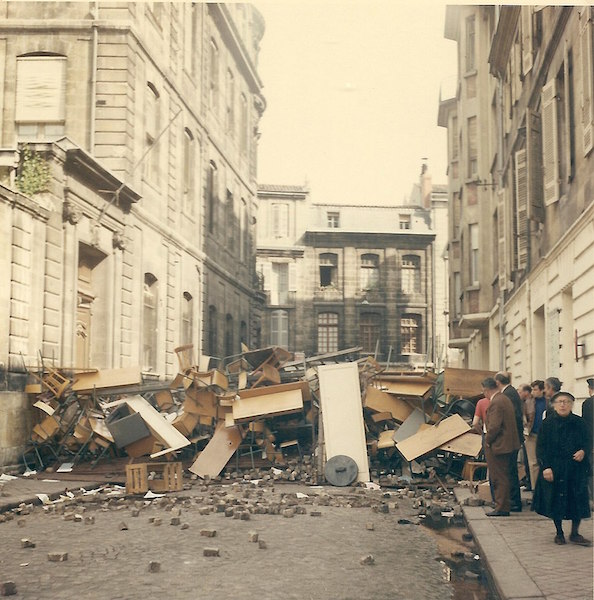 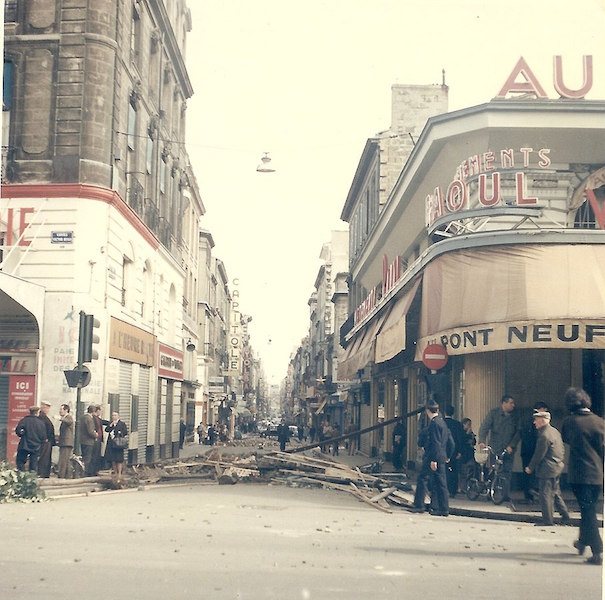 In January of 1968, the election of Alexander Dubček as leader of the communist party of Czechoslovakia heralded the beginning of the so-called Prague Spring. Dubček attempted to loosen the grip of the Soviet Union upon his country by rapidly introducing a series of reforms aimed at decentralizing government control and granting citizens (and the media) greater freedom of movement, and of speech.

Also in January that year, Jimi Hendrix was arrested and jailed for destroying a hotel room in the course of an inebriated gloves-off rammy with his bass player Noel Redding. That footnote to rock history was quickly superceded by a whole year of anti-establishment fervour that saw Johnny Cash play for the persona non grata at Folsom Prison, and an outburst of student protests in Poland. By the time May came around there was civil unrest in Paris and Jumpin’ Jack Flash was sitting mischievously at the top of the charts.

In the UK, the ladies who stitched the upholstery into Ford cars in Dagenham spent their summer fighting the company for equal pay while the Beatles laboured equally lovelessly over their sprawling White Album. Soon though, the autumn leaves began to fall. In October, athletes Tommie Smith and John Carlos famously offered their raised fists in a black power salute at the Mexico Olympics, and career sociopath Eldridge Cleaver’s collected prison memoirs were published as Soul on Ice.

By the time 1968 came to a close, we were already looking towards the end of the decade. In December, Apollo 8 had orbited the moon, Led Zeppelin had debut’d in Denver, and Elvis had made a spectacular comeback, albeit on television. All we had to do now was get through the twelve short months of 1969, and we could start to heal our wounded world all over again in 1970. Still, the sixties had a sting in the tail that appeared quite innocuous at the time, but it affects almost every aspect of our lives today. You are using the end result of it even as you read this.

On the 9th December 1968, American inventor Doug Engelbart (1925-1988) gave his landmark demonstration of the basic elements that underpin personal computing. During his 90-minute presentation, Engelbart used a mouse to move a cursor around a computer screen, highlight text, and resize windows.

He further demonstrated that clicking on underlined text would then link to another page of information, demonstrating the concept of hypertext. Perhaps even more remarkably, the demonstration also featured Engelbart engaging in computer telephony and video conferencing with colleagues on the project.

The demonstration may not have been the sole handmaiden of our present addiction to computerisation, but the ramifications of Engelbart’s work, almost unnoticed at the time, have been enormous. In this light, Kubrick’s 2001: A Space Odyssey looks a little less enigmatic and the number one hit from December ’68 Lily the Pink (the saviour of the human race) sounds even more irritatingly frivolous.

The 1960’s remain very vivid in my memory, despite my being very young, because I could see direct action leading to rapid change leading to long-term hope. The current cyber conflicts, remote control wars and information conflagrations certainly result in just as many, if not more casualties, but any catcalling from popular culture is strangely obtuse. Totalitarianism is having a field day, and laughing in our faces as we howl our impotence into the void, using a new, universal language of accidental obfuscation – HTML.

Yes, people are on the streets protesting, but they are merely chanting, because the real hubris is going on elsewhere in an ephemeral miasma of blurted tweets, viral spats and indulgent blog posts – very much like this one. They are here, and then not here in a matter of minutes, if not seconds – gone and forgotten almost as quickly as they appeared. Worse still, the spelling is awful and the grammar shocking.

It could be that, now more than ever, what we really need is at least one provocative book at the end of every decade; one with clearly defined chapters, written with a jaundiced pen describing the futility of key events of the 21st century. Maybe even an enigmatic movie or an uplifting lyric would suffice to telescope a stream of collective consciousness into a handful of chosen images and words.

Perhaps, what we could really use the most are streaming anthems to mark our curiously amorphous present times, even if we are only marching in our dreams and protesting in our heads. It’s important that we create such moments now, otherwise there will be none to reference in the future, for we are already finding to our cost that to forget the past is a very hazardous thing to do.